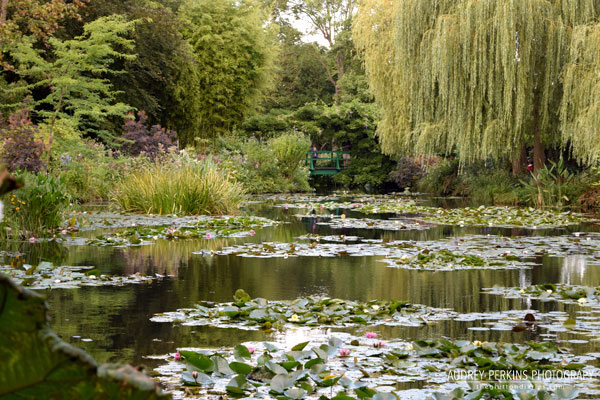 So this is a belated post. I am currently back in Texas. However, at the end of my trip I caught a bad cold, so I decided to push back blog posts until I got better.

Which brings us to now! Yay. Ok, so with that being said, the next two posts will be France-themed. Like I mentioned on my last post, I travelled around Paris and some northern French cities last week with a college friend. This post will be dedicated to the time spent in Giverny and Rouen, France. Both cities are north of Paris, and are easily accessible by train (Giverny was about 30 minutes away and Rouen 45). 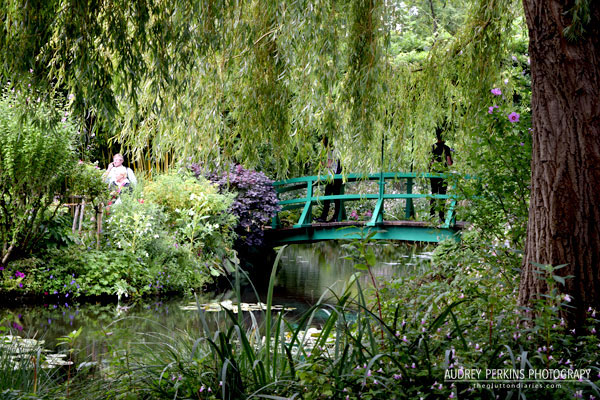 The main reason we decided to get out of Paris was because we (my friend Sasha and I) wanted to see some of the smaller cities and get a more authentic French feel out of our vacation. While Paris is beautiful, all of the architecture is the same due to Napoleon’s order to have the entire city rebuilt in the 1800s. Because of this, the city can feel monotonous if you have been there before. I really wanted to see some of the countryside and some medieval architecture. Which brought us to Normandy.

Monet lived in Giverny and used his house and garden for a good amount of his subject matter, the waterlily series being one example. When we found out how close Monet’s garden was to Paris, our side trip was decided then and there. 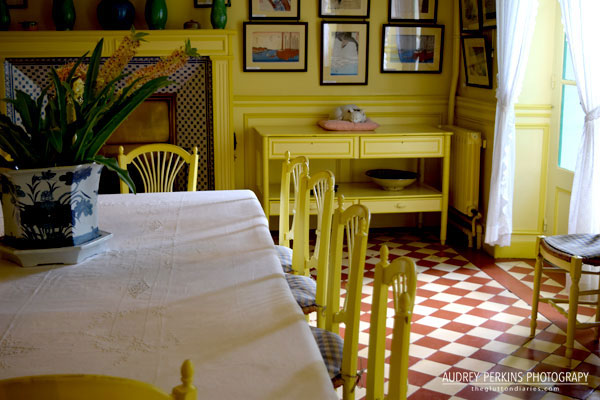 I figure my photos of the garden are pretty self explanatory – they were gorgeous to say the least. However I also had a bit of a food nerd moment while I was touring Monet’s house. You guys can probably tell that I am an avid cook. So when I saw this gorgeous kitchen, I had to photograph it. Aside from the kitchen, his house was beautiful. There was an entire room dedicated to displaying his paintings. 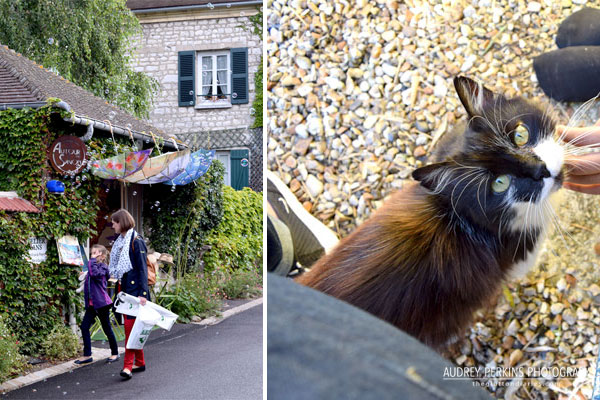 We stayed in a neighboring town called Vernon and slept in an adorable Airbnb there. We had what I assume was a renovated carriage house or storage house. We also had shared use of the owner’s garden. Pictured above is her cat (named Truffe).

I took advantage of the host’s patio table. Sasha and I were pretty exhausted after walking around Giverny, so we spent the afternoon in the garden playing with Truffe, sipping tea, and eating pastries. The next morning we departed for Rouen.

The photo on the left is one of the few I had of Rouen’s old architecture. The city’s “old” district is full of timbered buildings and hidden churches. There was also a surprising amount of street art – one example can be found on my Instagram. The photo on the right was actually taken in Giverny – there is an awesome garden restaurant next to the Giverny Foundation. It ran like a cafeteria of sorts, you pick up little wooden or paper trays of food and then find a seat outside where you can eat amongst the flowers.

Photographed is a mussel, leek, and fish bake; a beer brewed in Normandy (the cleanest tasting beer I have ever had – it’s made by La Richard Coeur de Lion if you ever come across it); and a rhubarb tart. I will soon be experimenting with a recipe for a similar leek/fish bake as that was one of the best meals I had while on vacation, anticipate the post for it.

Well that’s it for this post! The next one will focus on our travels specific to Paris and Versailles.

I can’t believe it’s been a year since @taehoonkimchifries proposed 😍 it’s a surreal time with everything that’s happening in the world, but I can’t imagine a better person to experience this all with | 📷 @huyentranphotography
Herman’s “Mom, take me to the park already” face
Definitely worth moving pho 🍜🤤
2020 is a big year for the Kims. I can’t wait to walk down the aisle to @taehoonkimchifries 🥰 But first, we have a brand new city to explore. Cheers to Taehoon’s new opportunity and us becoming new Houstonians. | 📷 @huyentranphotography
Sad I won’t get to see my @leatherology family every day, but am excited for the adventures to come! Thanks for an amazing 4 years 🥰
Engagement shoot complete! Can’t wait to see the pics from @huyentranphotography | 10/11/2020 here we come! #perksofbeingakim #kimpossible
Could easily eat two of these 😍🍽
Herman walking into the weekend.
Pham-ily time 🥰